The Bernese Mountain Dog is one of a group of four Swiss working dogs known as Sennenhund, (sennen being an alpine herdsman). Their ancestors probably came over the Alps with the Romans and were used as cattle drovers. As they spread through Switzerland each community developed the type of dog most suited to its particular needs and thus the four different types of Sennenhund were established: Entlebucher, the smallest; the slightly larger Appenzeller the Bernese and the Great Swiss Mountain Dog.

The Bernese is the second tallest being described in the standard as 23 inches at the shortest bitch to 27 inches high in the tallest male. Like all breeds this is measured at the withers (top of the shoulders,/base of the neck). The Bernese is the only one with a long coat although all four breeds are identically marked tricolors sometimes referred to as black, white and tan .

Although the Bernese is called a mountain dog it should not be confused with the much larger Pyrenean and is not “just like a St Bernard” as some people you meet will claim. It does have some common ancestory with the St Bernard, who in genetic terms could perhaps be considered as a cousin, but if you put them together the Bernese is much smaller and has a much lighter shaped head. It is referred to as above average sized rather than a giant and could be described as being more like the Golden Retriever in outline but somewhat larger, stockier and heavier.

As they are working closely with their owner they were bred to be loyal family members who are most happy in and amongst the family environment. They were strongly expected to stay within the family home area without being restrained by fencing or leash and play a part in family life by warning against strangers approaching. This wary streak sometimes comes to the fore and must not be encouraged or it can lead to timidity which makes the dog very difficult to live with.

By and large their working history has adapted readily into the modern world making them great family members. However, the other side of this coin is that they do not make particularly good kennel dogs, preferring to live and spend time with their owners living in a family environment. They love to be with people and be given affection; Once mature they are not constantly on the move in the house, demanding objects or retrieving objects to be thrown for them. When visitors arrive at the house they may bark and demand attention from them but after a little while they will settle down and rest – a valuable attribute in a house dog. Their mature temperament should be very stable being very affectionate, patient and especially good with children. For all their size they are very active and take a lively interest in all that is going on.

Their appearance is as attractive as their personality, basically gleaming black with a white muzzle and blaze, white cross on the chest and white paws and tail tip. Between the black and white on the legs and chest is a rich chestnut or tan. The markings should be symmetrical as possible and not haphazard as in some other tricolour breeds. The dogs should be between 64 and 70 cms (25.2 to 27.6 inches) and bitches between 58 and 66 cms (22.8 to 26 inches). Weights approximately 50 kg up to about 65 kg for dogs and 45 to about 55 kgs for bitches. The Bernese is not considered a giant breed but is quite late maturing. They usually reach their full adult height by about 12-15 months but can take a further 2 or 3 years to reach full maturity.

The amount of exercise an adult Bernese requires varies between 1 and 5 miles daily, depending on his fitness and how he has been reared. They are very accommodating and if the owner is not feeling well, they will accept the fact that their exercise has to be temporarily restricted, they do not become neurotic about such things. Common sense is needed when the dog is very young as a fast growing dog can quickly tire and needs plenty of rest periods. You will get plenty of attention when out with your Bernese and this can be as tiring for a puppy as it is initially flattering for you.

Bernese are generally good eaters and very willing to please their owners and therefore fairly easy to train, especially when rewarded with treats. A Bernese quickly becomes a part of the family and most owners soon wonder how their lives were ever complete without one.

To quote Professor Heim who, in the early part of the 20th century, did much to establish the breed as we know it today…

“All the Swiss Mountain Dogs are without deceit, excellent house and family dogs, by other breeds hardly to be surpassed for their attachment, loyalty, alertness and understanding. The Bernese is, for me, the loveliest dog to be found anywhere.”

Who can say more? 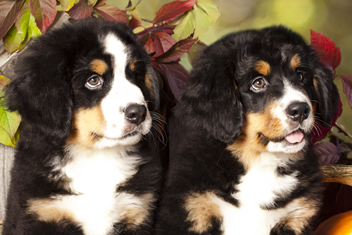 Some points to consider BEFORE you search for your Bernese puppy. There is much more thought and responsibility involved in owning any large and powerful dog than just having the money to pay the food and vet’s bills. 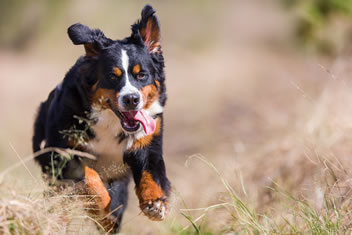 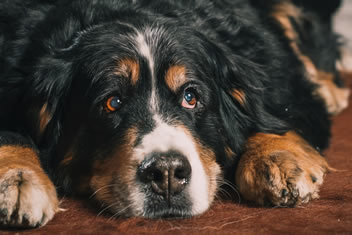 The club would always urge caution and serious thought on many fronts before breeding a litter but the aspect of finding prospective suitable homes should be given priority. In the current world there is a massive surfeit of potential buyers and demand far exceeds supply. This means all breeders have no problems finding homes for puppies but it is still incumbent on responsible breeders to ensure homes are chosen for their suitability and well educated in how to care for their new puppy as it grows into a handsome adult Bernese. 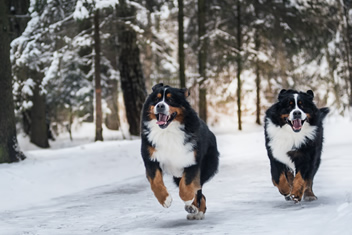 Click here to go to a section listing all CCs ever won by Bernese and some tables drawn from them.